Amsterdam's Red Light District (de Walletyes) has flourished since the city became an international port back in the 13th century.

Today, prostitution is legal in the Netherlands but is government regulated. 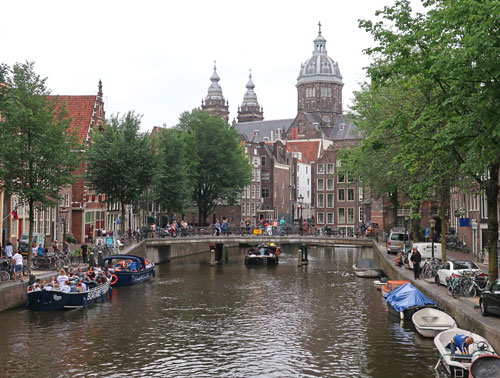 Tourists can wander through the the Red Light District in Amsterdam Holland and watch the ladies of the evening await their customers in comfortable quarters that resemble storefronts.

Amsterdam Holland is today one of the most liberal cities in the world regarding drugs and sex.